What the Bible Says About Jesus Christ

16 For God so loved the world, that he gave his only begotten Son, that whosoever believeth in him should not perish, but have everlasting life.

17 For God sent not his Son into the world to condemn the world; but that the world through him might be saved.

19 And this is the condemnation, that light is come into the world, and men loved darkness rather than light, because their deeds were evil.

20 For every one that doeth evil hateth the light, neither cometh to the light, lest his deeds should be reproved.

21 But he that doeth truth cometh to the light, that his deeds may be made manifest, that they are wrought in God.

(Check out this article for more: WHO IS JESUS CHRIST? )

ABORTION AND POPULATION REDUCTION ARE EVIL

Abortion and Why It Is Wrong

Society tells us that abortion is a perfectly acceptable way to deal with unwanted babies, and people reason that these babies are not fully human, and so killing them is not murder, but what does the Bible say about abortion?
The word “abortion” does not appear in the Bible, because “abortion” is the socially-accepted way of identifying the murder of helpless children. Abortion, of course, simply means a termination, an end to something. In this case, it is the end of a life that just got started. 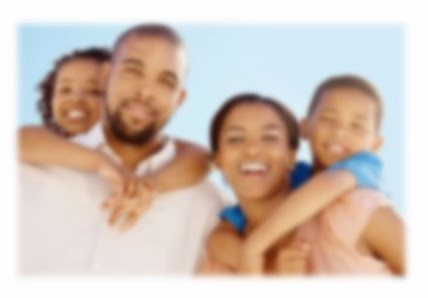 God created us (both male and female) in His own image.
Genesis 1:27-28 (bold added)
27 So God created man in his own image, in the image of God created he him; male and female created he them.
28 And God blessed them, and God said unto them, Be fruitful, and multiply, and replenish the earth, and subdue it: and have dominion over the fish of the sea, and over the fowl of the air, and over every living thing that moveth upon the earth.
We are not like the animals that are created to serve man. We are not like the angels, which are forbidden to marry and bear children. Men and women are given the blessing to marry and have children.
Does Satan, mankind’s enemy, want men and women to marry and raise children, who are created in God’s image? Satan hates God and everything that is made in God’s image. Satan, as Lucifer, once was the leader of worship in Heaven*, but Satan got proud and wanted to be worshipped as God. He was not content with the honor he had received and wanted more. In his rebellion, he.... (Read more here.)

LUST AND THE CONSEQUENCES OF SIN (WHAT THE BIBLE SAYS)

Lust and the Consequences of Sin

Today, many people have heard in the news about rape, violence, and murder. Often, these go hand in hand. These horrible actions are the results of giving place to sin in various forms.
Sin is an abomination to God and it is really a form of rebellion. It started with God’s highest ranking angel, Lucifer. Lucifer was the director of Heavenly worship (as can be found in Ezekiel 28:13-14). Not content with his high position, he wanted to be worshipped as God.
Isaiah 14:12-15
12 How art thou fallen from heaven, O Lucifer, son of the morning! how art thou cut down to the ground, which didst weaken the nations!

13 For thou hast said in thine heart, I will ascend into heaven, I will exalt my throne above the stars of God: I will sit also upon the mount of the congregation, in the sides of the north:

14 I will ascend above the heights of the clouds; I will be like the most High.

15 Yet thou shalt be brought down to hell, to the sides of the pit. 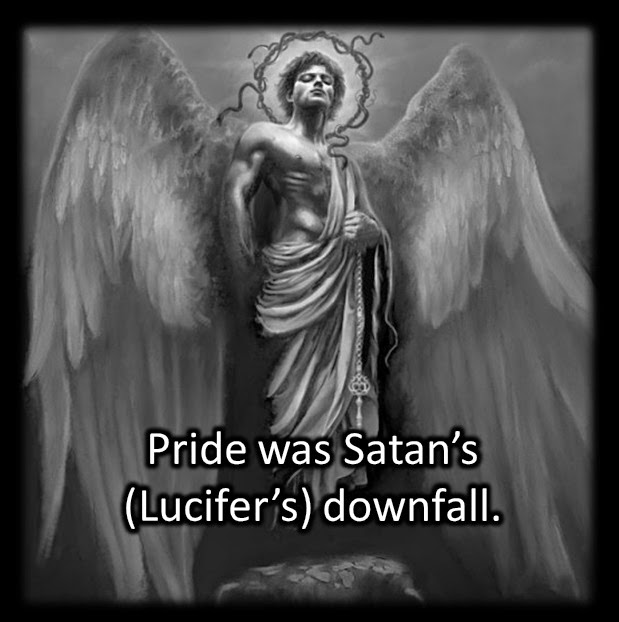 Lucifer (meaning “Light Bearer”) was cast out of God’s holy kingdom and his name was changed to Satan (meaning “Deceiver”). Satan wanted to get revenge. How humiliating it was to be defeated by God’s angels. He came to the Earth where God had just created man, named Adam, in God’s image.
Eve, who God created from a rib God had taken from Adam’s side, was in the garden minding her own business when a serpent (possessed by Satan) came her way. At that time, serpents could walk and did not slither (see Genesis 3:14).

Satan, in the serpent, saw the opportunity to deceive Eve and lead her to rebel against God. At this time, there was no sin. Adam and Eve were perfect and sinless, but they still had a free will. Genesis 3 describes man’s downfall.
Genesis 3
1 Now the serpent was more subtil than any beast of the field which the Lord God had made. And he said unto the woman, Yea, hath God said, Ye shall not eat of every tree of the garden?

2 And the woman said unto the serpent, We may eat of the fruit of the trees of the garden:

3 But of the fruit of the tree which is in the midst of the garden, God hath said, Ye shall not eat of it, neither shall ye touch it, lest ye die.

4 And the serpent said unto the woman, Ye shall not surely die:

5 For God doth know that in the day ye eat thereof, then your eyes shall be opened, and ye shall be as gods, knowing good and evil.

6 And when the woman saw that the tree was good for food, and that it was pleasant to the eyes, and a tree to be desired to make one wise, she took of the fruit thereof, and did eat, and gave also unto her husband with her; and he did eat.

7 And the eyes of them both were opened, and they knew that they were naked; and they sewed fig leaves together, and made themselves aprons. 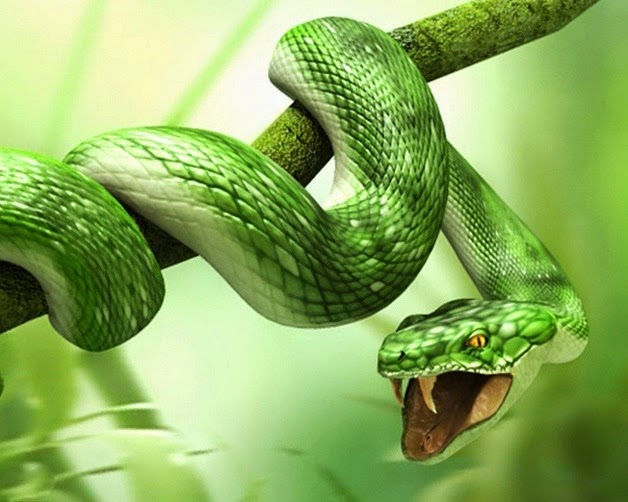 Adam and Eve knew that God had told them not to eat of the tree of the knowledge of good and evil. When they did, in rebellion against God, they were given the ability to discern good from evil. With knowledge of sin, they felt exposed and vulnerable. They wanted to hide and cover themselves as if doing so could hide their sin. But, God was not fooled. He knew what they had done.
God confronts the rebellious couple and declares what the consequences of their sin will be. Adam will have hard labor to provide for his daily needs. Eve will have difficulty in child-bearing. In addition, they both will not live forever (in their present bodies), but will age and die.
God then tells the serpent that he will crawl on his belly and eat dust. God also tells the serpent (or Satan):
Genesis 3:15 (bold added)
And I will put enmity between thee and the woman, and between thy seed and her seed; it shall bruise thy head, and thou shalt bruise his heel.
Jesus Christ (who came in the form of a man to pay for our sins) is the seed of the woman who bruised or crushed the serpent’s head, which is a fatal blow to Satan. Through Jesus Christ, as our Savior and Lord, we are able to conquer and overcome temptation.
Now, Satan was not finished with Adam’s race. He wanted to... (Read more here.)